Cai Williams is flying high with a successful career that has lifted him off the ground. We caught up with him on the set of his new TV show. 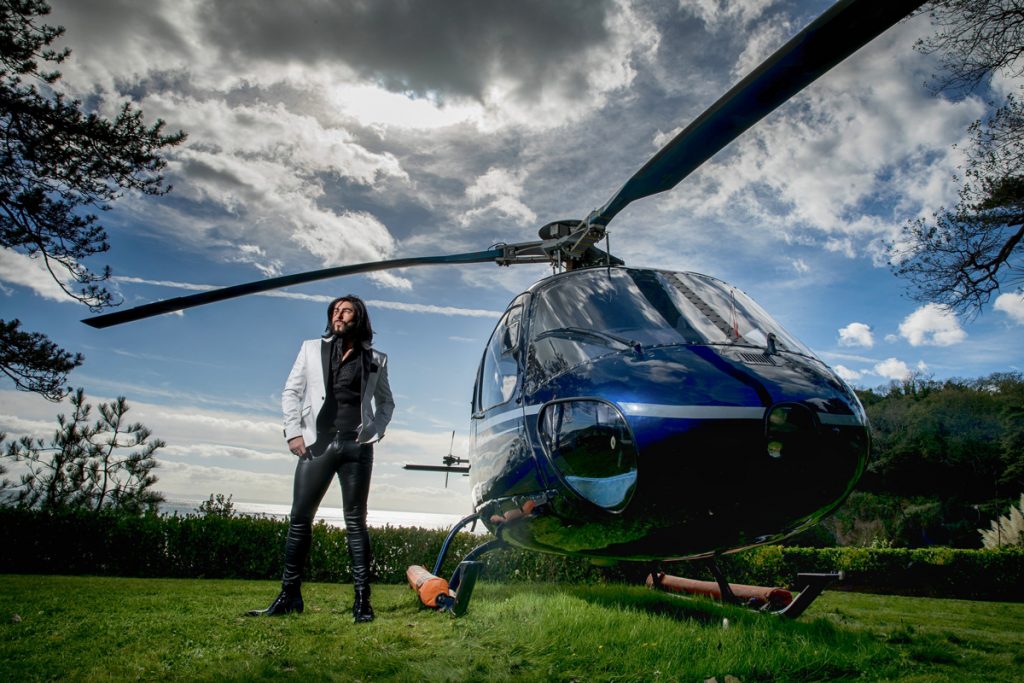 From Welsh mining town Blaenavon to the bright lights of stardom, Cai Williams has piloted his career to new heights. He has over twenty years in the industry travelling all over the world performing for many a notable name such as Sir Andrew Lloyd Webber, and creating three studio albums along the way.

Cai progressed through the BBC’s, The Voice under the guidance of Welsh legend Sir Tom Jones. But Cai isn’t short of accolades in his career, he is a model, he trained to be a dentist, as well as performing in high-end theatre productions. He recently replaced Myleene Klass on a well- established cruise ship performing for the masses.

He has been asked to appear on many established shows like Britain’s Got Talent, Big Brother and X-Factor but turned them down as the shows are not as credible in the way that he believes The Voice is. Now settled in his most favourite place in the world, the Gower peninsula, Cai has his own successful solo vocal show, The ‘Power Within’, as well as ‘An Evening With Cai Williams’ where you can get all the low down on his celeb encounters and his general life.

He is also currently presenting all the celeb and showbiz news live for Channel 8’s Swansea Bay TV which he has been doing for almost two years. He has an upcoming show which has got many of us excited titled ‘Style Matters’. Cai will be delving the depths of fashion, beauty, hair and all things aesthetic. The niche of the show which is the first of its kind will look at this category for not just women but men also in the same show.

There will be plenty of designer outfits and styling so it will certainly be worth a watch for some inspiration! His ethos to life rings the bells of everything the show has to offer; “fashion passes but style must always remain”.

Named after a Welsh Prince, he has proved himself to be entertainment royalty. Standing out in a crowd is something he is certainly passionate about as he sets trends and never follows them – creating a striking image of himself is very important as this is the rst component to a performance.

If you are looking to book Cai, you can find all his contact details below.